How is your Facebook data landing in other people’s hands?

itro > IT Security  > How is your Facebook data landing in other people’s hands?

How is your Facebook data landing in other people’s hands?

by Sharon Purton
in IT Security, itro News
Comments

Your data can be used by third-parties without YOUR knowledge

What this article will run through:

When signing up for a new app, how many times have you clicked ‘log in with Facebook’ rather than filling in your personal details?

I know I have plenty of times. Whether I am signing up for a new app (Instagram, Snapchat or Airbnb), playing a Facebook game or participating in a quiz, I always opt to log in with Facebook. Simply, because it is easier.

Below are some examples of when you might see this prompt:

Was it naïve to assume signing up with my Facebook details meant the two apps were still separate? Perhaps, however, this is not what is most concerning about this recent scandal.

The alarming part is 270,000 users were paid to participate in a quiz, however; data was also harvested from their Facebook friends bringing the total number of users affected to 50 million. I wonder if the users who partook in the quiz realised they were not only giving away their data but the data of their friends & colleagues. Would you still partake in a quiz if you knew you knew you were allowing a company to access your friends & colleagues data?

In 2014, Cambridge Analytica, a company offering services to “change audience behavior”, harvested 50 million Facebook users. They collected personal details and data by paying 270,000 Americans to take a personality test, BUT also gathered data on those people’s Facebook friends bringing the total number to 50 million. According to a whistleblower, Christopher Wylie, the majority of the personal data was taken without authorisation. A recent report alleges the collected data was used to influence the 2016 election of Trump.

This is not just an American issue; Cambridge Analytica claims to hold no data on Australians despite meeting with senior Liberal Party MPs last year to discuss potential projects.

Since this revelation, Mark Zuckerberg has issued a statement claiming to “make sure this doesn’t happen again”; however, critics of Facebook are saying

Facebook makes millions of dollars from your data. It is important to note Facebook may not change, so it is up to you to lock down your account!

This is important, use the below instructions to find out what third-party apps you have previously signed up with through Facebook and more importantly, decide what apps you want to remove or change permissions on. You can do this from your mobile or desktop, but please note using your desktop is more user-friendly. 4. Change permissions in the ‘Apps others use’ 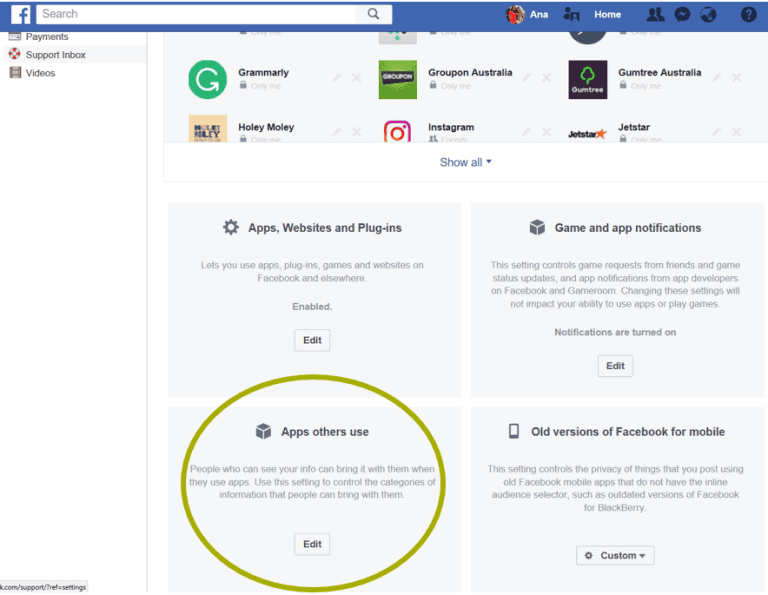 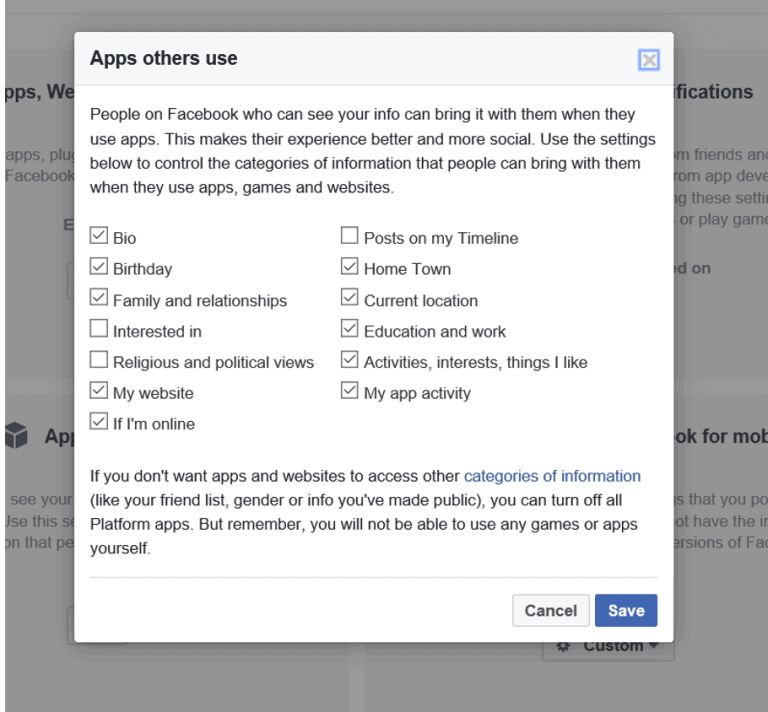 You could, or use the above steps to lock down your account now and stop this from happening to you.

just ensure moving forward you lock down your account to stop this from happening. Here are some extra tips from Scott Pape at BareFoot Investor to further lock down your profile: