itro > IT Support  > iOS 9 Update Can Affect Your iPhone

Apple’s latest software update can render your iPhone useless. If you are about to or have previously had a repair carried out by an unauthorised technician the phone could be disabled. With the release of the IOS9 update, Apple included a feature that detects a unique ID on the TouchID sensor. If that sensor is changed by an unauthorised repairer then the iPhone IOS9 update can kill your iPhone permanently.

According to The Guardian, the problem only comes to light when the latest version of Apple’s iPhone software, iOS9, is installed. This can even affect iPhones that were repaired previously and working fine with the previous iOS. As soon as the iOS9 update is applied though, the device is disabled. This event is identified as Error 53 in iTunes when trying to  restore the device. 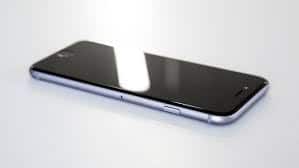 In this event any photos or other data on the handset is lost and unable to be recovered.

So far it seems that the devices affected are the iPhone 6 and iPhone 6 plus. At this stage Apple has given no indication that it intends to do anything to fix this issue or recognises it as a problem.

According to Apple this security measure is necessary to protect your device and prevent a fraudulent Touch ID sensor from being used. Some have accused Apple of taking measures such as this to prevent users from going to third party repairers, forcing the business back to their own network of repairers.

For now, the best way to avoid this problem is to make sure you have your device serviced by an authorised Apple technician.